The potter has the opportunity to combine those two most important producers of happiness, form and color, and when he uses them with enthusiasm and individuality he has indeed fulfilled a mission and has created.

–The Gates Potteries, Hints for Gifts and Home Decoration (1905)

At the turn of the century, Americans were infatuated with the concept of Arts and Crafts pottery. Professional artisans and amateur ceramists across the country–many of them women–sought to create works that were both beautiful and functional. Proponents of the movement responded to the crassness of mechanized society by insisting on “Beauty in common things.” Manual labor, once seen in a negative light, was now seen as something positive and having redemptive value. “Joy in one’s labor” became a noble maxim to live by, and beauty was measured in terms of the worker’s personal happiness. The Arts and Crafts movement appealed to right-minded members of society who wished to live in an environment that was elevated both morally and aesthetically.

The Two Red Roses Foundation has collected stunning examples of late 19th- to early twentieth-century Arts and Crafts ceramics from some of the most significant potteries in the United States: the Grueby and Paul Revere potteries in Boston; the Rookwood Pottery and Gates Potteries in the Midwest; Newcomb Pottery in New Orleans; and from the West, the Van Briggle and Rhead potteries. Designers and makers are also well represented in the TRRF collection, with ceramics produced by Adelaide Alsop Robineau, Frederick Hurten Rhead, Arthur E. Baggs, Sadie Irvine, and Artus Van Briggle.

While an original catalogue of the pottery collection was published in 2008, a revised edition from 2017 added nearly fifty more ceramic object that had been purchased since the first printing. “Beauty in Common Things”: American Arts and Crafts Pottery from the Two Red Roses Foundation, written by noted decorative arts scholars Martin Eidelberg and Jonathan Clancy, explores how different artisans, designers, and potteries responded to the burgeoning Arts and Crafts movement and the new emphasis placed on crafting useful items as beautiful objects.

Click or tap any image below for a larger view. 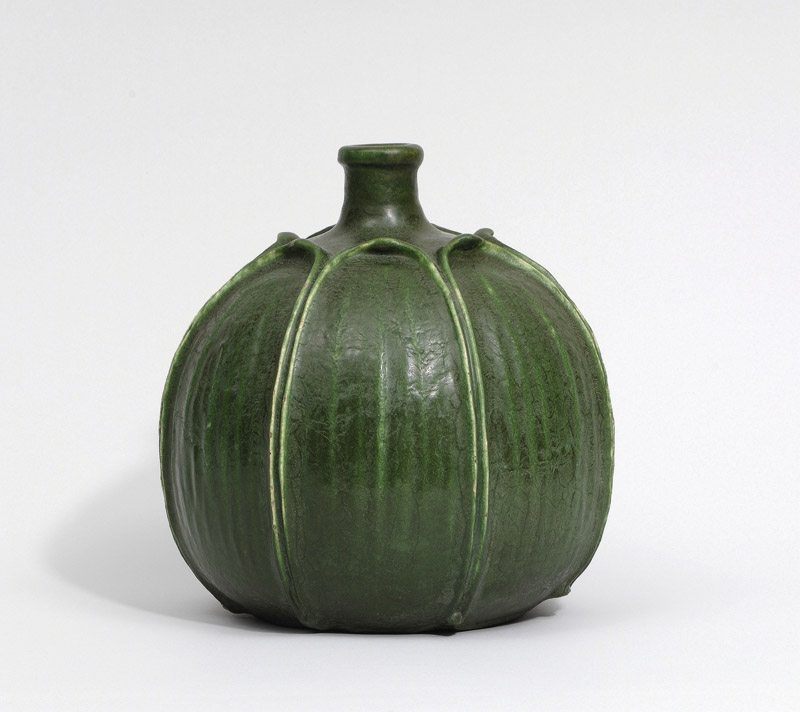 Vase with a design of conventionalized narcissi (Model No. 181)
Designed by George Prentiss Kendrick
Executed by Marie A. Seaman
c. 1899-1903
Glazed stoneware
Height 9 ¾ in. 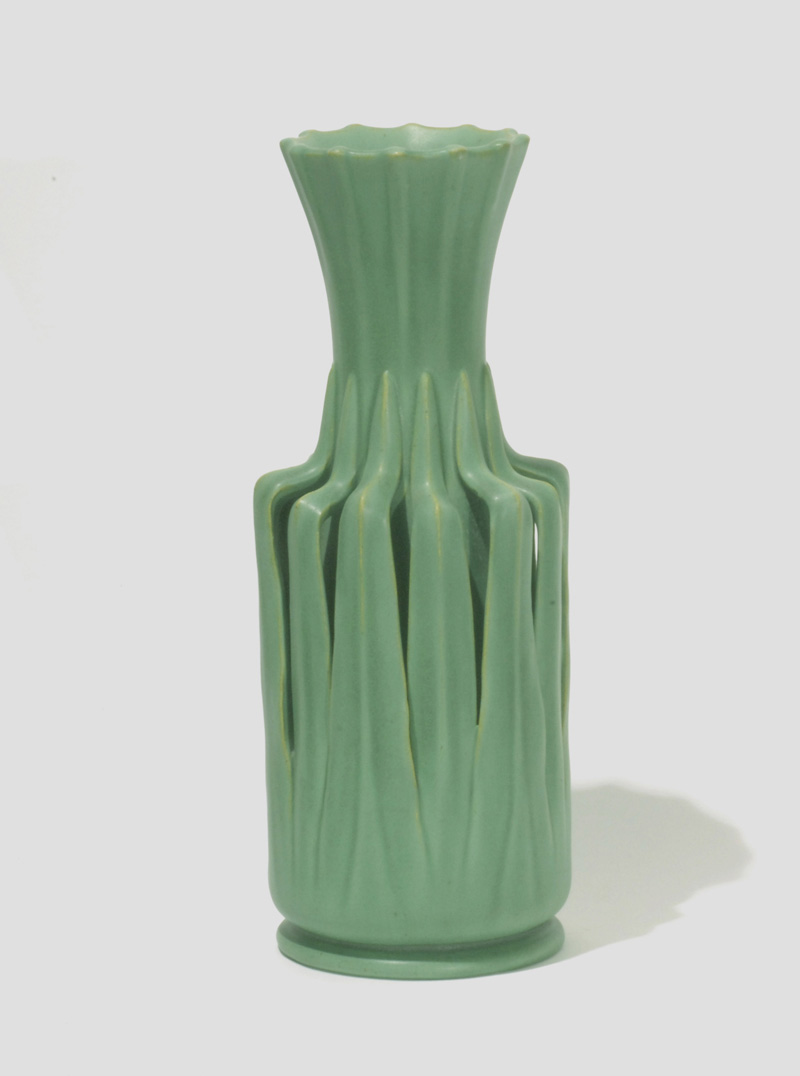 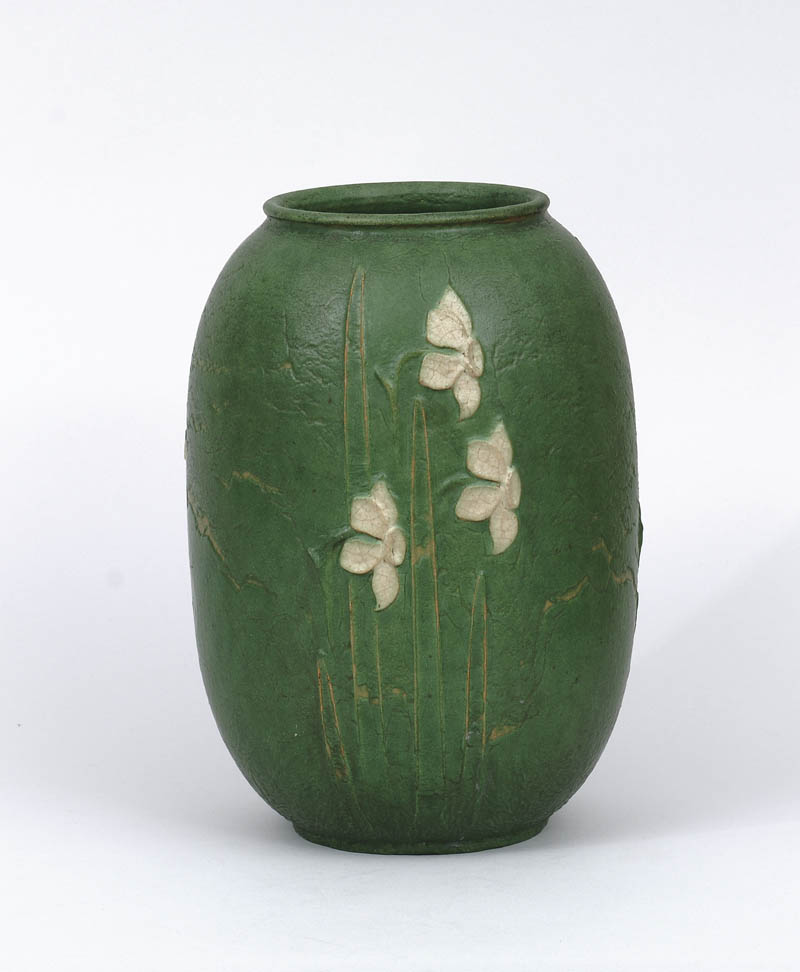 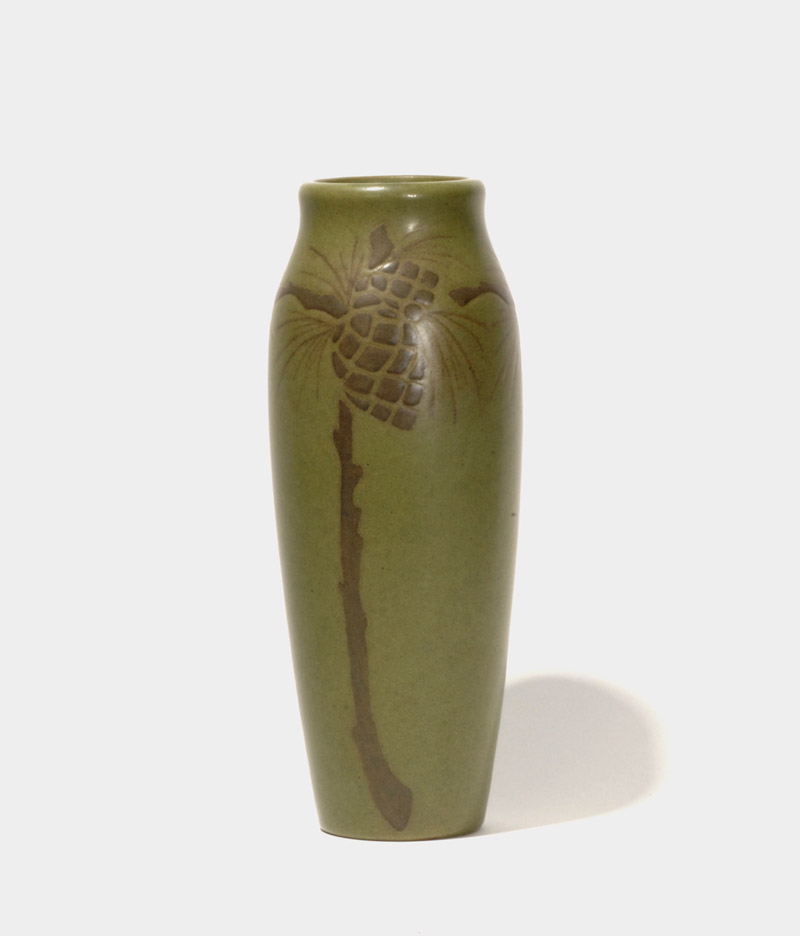 Vase with a design of a conventionalized
pine tree branch
Designed and executed by Arthur E. Baggs
1907
Glazed earthenware
Height 12 in. 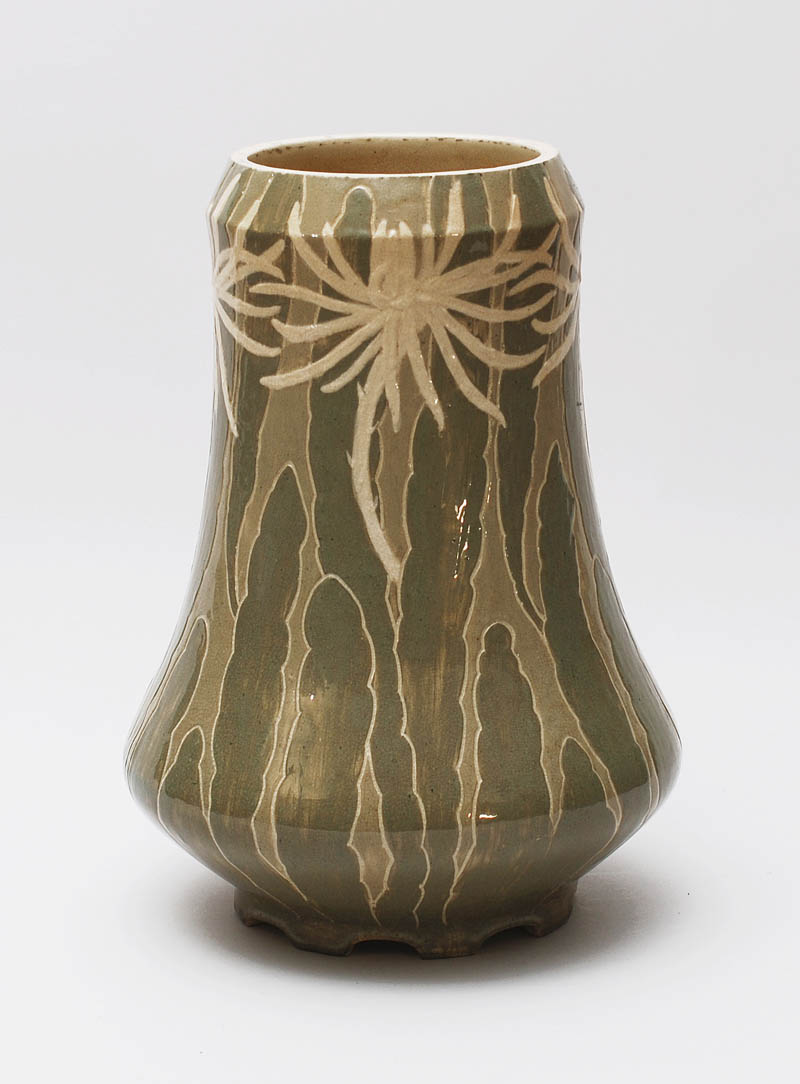 Lamp base with a design of conventionalized
night-blooming cereus
Designed and executed by Elizabeth G. Rogers
Potted by Joseph Fortune Meyer
1901
Glazed earthenware
Height 14 in. 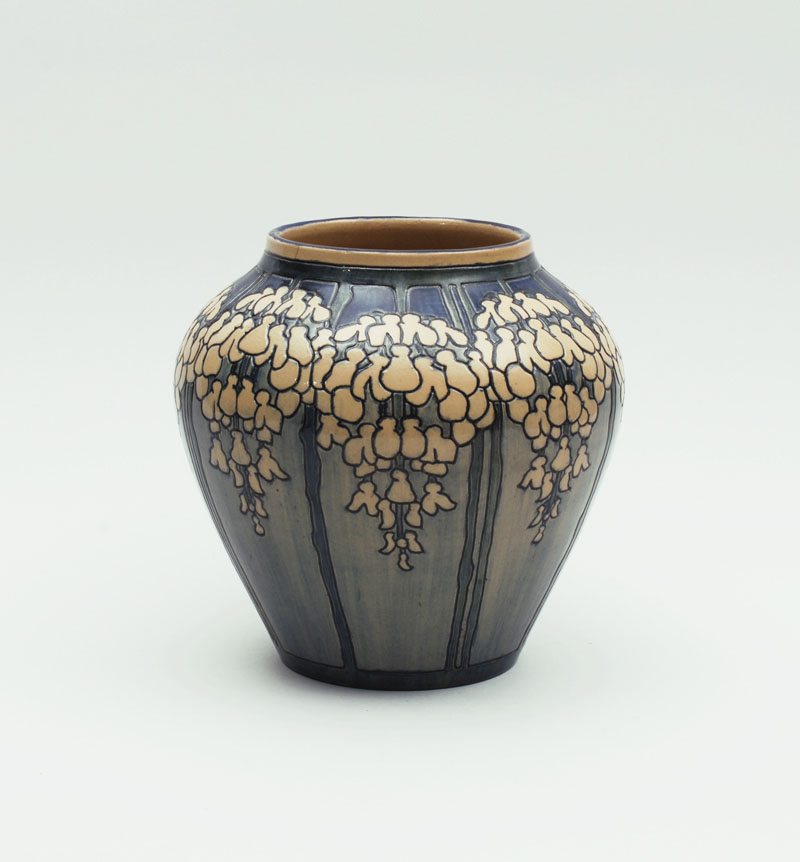 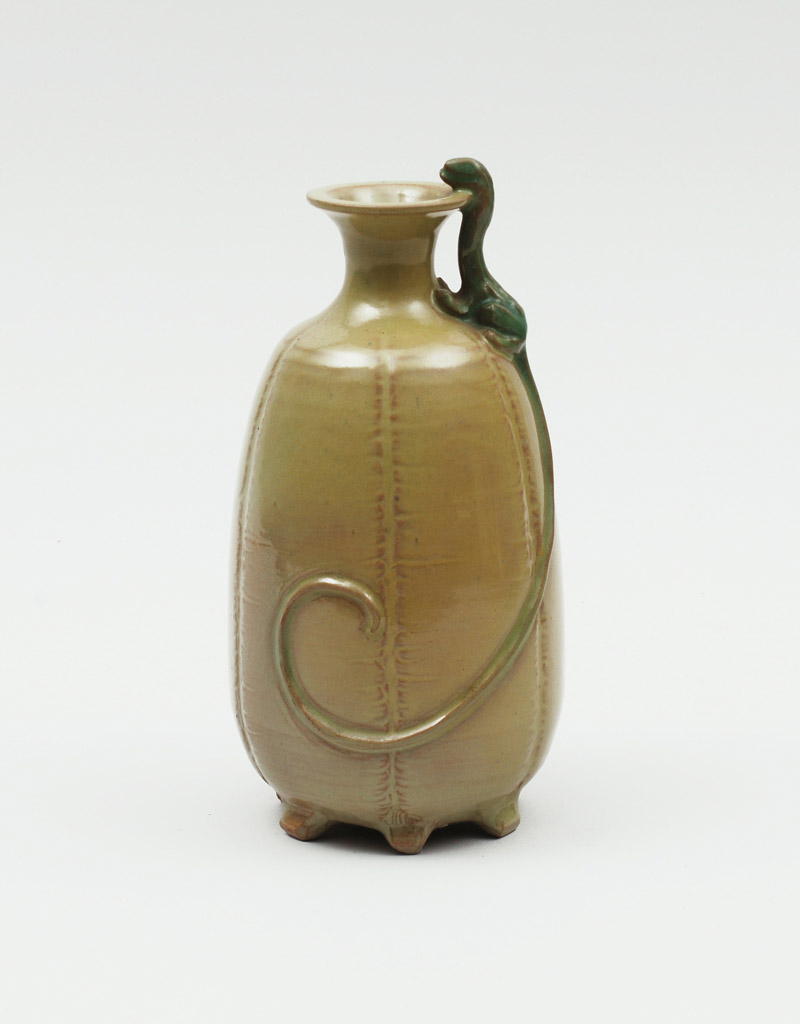 Vase with a lizard
Designed and executed by Frederick H. Rhead
c. 1914-17
Glazed earthenware
Height 7 ½ in. 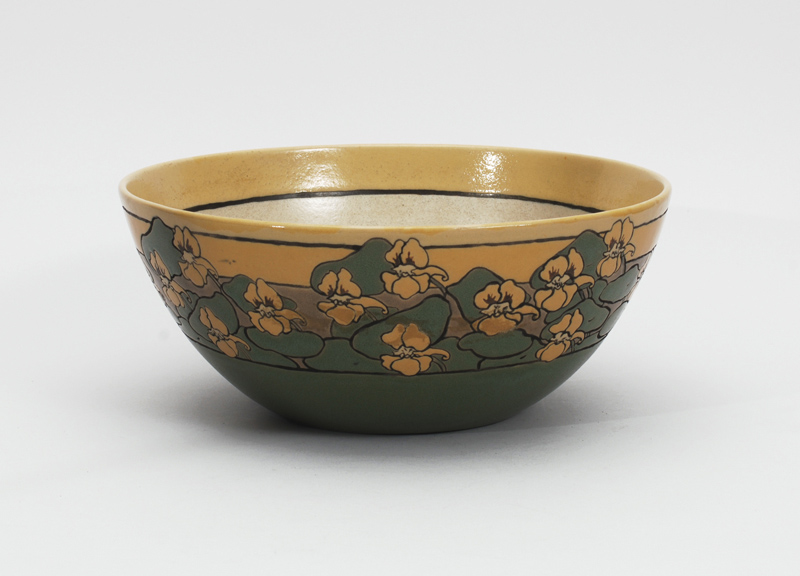