THE ALOHA BOATHOUSE AND THE IRIS BATHROOM:
TWO INSTALLATIONS BY THE GRUEBY FAIENCE AND TILE COMPANY

This edition of the Two Red Roses Foundation e-newsletter focuses on a recently published TRRF manuscript that depicts the rescue of two important installations by the Grueby Tile and Faience Company in a race with time, weeks before they were to be completely demolished. In addition, in the "DID YOU KNOW?" feature we introduce our readers to Historic Kenwood, an architecural jewel in a charming downtown St. Petersburg, Florida neighborhood. 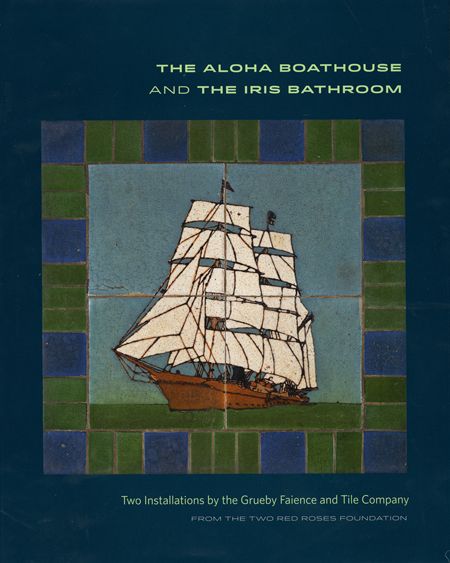 In a perfect world, the unique tile installations of one hundred years ago would all remain intact, treasured for their beauty and preserved as historic documents. But time, economics, and changing tastes often undermine their survival. Two extraordinary, large-scale domestic tile projects by the Grueby Faience and Tile Company - a boathouse floor from Newport, Rhode Island, and a complete bathroom from Bratenahl, Ohio, might easily have been sold off piecemeal as salvage panels or individual tiles. Instead, both were extracted from their original sites substantially complete.

With demolition looming and precious little time to act, the Two Red Roses Foundation made the unprecedented commitment to conserve thousands of tiles so that the original visions of architects, designers and clients to create two highly personal spaces would be safeguarded. This is the story of the rescued installations - one a testament to a love of the sea, the other a private retreat - the men and women who envisioned and financed them, and the images that inspired their imaginations. 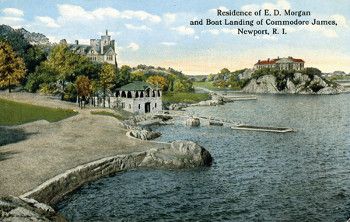 This small manuscript contains two essays and more than seventy-five full-color illustrations of two reconstructed Grueby faience tile installations and their history. Both installations have been restored and will be reassembled in their entirety for public exhibition in the soon to be built Museum of the American Arts and Crafts Movement in St. Petersburg, Florida. Arthur Curtiss James built the boathouse Aloha Landing in 1912 at his Newport, Rhode Island, estate, with the ceramic tile floor as the focal point. Created by the Boston-based Grueby Faience and Tile Company, the floor featured tile pieces that depicted James's yacht, the Aloha, as well as eighteen other sailing ships. 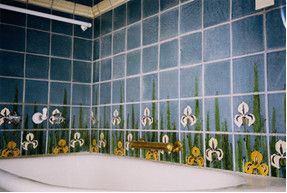 The Iris Bathroom was another project by the Grueby Faience and Tile Company. In the mid-1910s, almost twelve hundred tiles were installed in the Ina and Oliver Clay House in Bratenahl, Ohio. The tiles created the scene of a lily-covered pond, hedged with long-stemmed irises. Between 2004 and 2005, over 2000 tiles were removed, restored and reconstructed for historic preservation and public exhibition by the Two Red Roses Foundation. 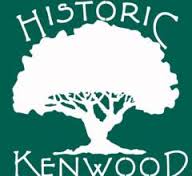 The Museum of American Arts and Crafts finds itself in very good company. Our soon to be neighbors have a very personal connection to the Arts and Crafts movement, they literally live with it. Located immediately west of downtown St. Petersburg, Florida and easily accessed by interstate I-275 (blocks from the MAACM location) the Kenwood Historic District is a 375-acre residential area best known for its historic bungalows. Developed as a working class neighborhood, it consists mostly of one-story and two-story single family homes constructed between 1912 and 1945. While a variety of residential architectural styles can be found in this district, including Craftsman, Ranch, Prairie, and Mission, these charming 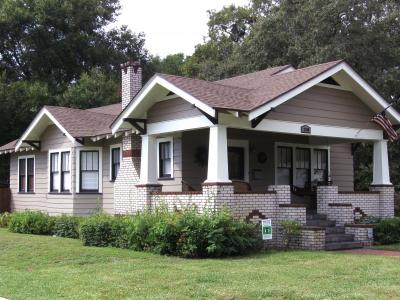 In addition to the large number of historic buildings remaining in the neighborhood, many of the historic landscape and streetscape elements remain. The majority of the avenues, which run in an east-west direction, continue to be made of brick. Many of the sidewalks can still be found with hexagonal pavers. Granite curbs are also still evident along many of the streets, which are lined with majestic oaks, as well as jacaranda, palms, and pine trees. 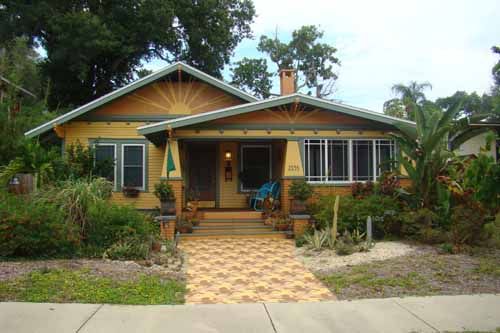 The Historic Kenwood Neighborhood Association embraces the arts. They promote a wide range of activities that make living and working in this lovely neighborhood very pleasant. There are walking tours of bungalow homes and events such as the Bungalowfest, Art in the Park, Founder's Day, and various Porch Parties where residents, friends and interested citizens gather to exchange ideas, work with community leaders and plan for the future.

MAACM is very pleased to have Historic Kenwood as a neighbor and will work with the association on projects that further our efforts to bring lovers of architecture, art, and the Arts and Crafts movement together.

Just released: An extensive new manuscript published by the Two Red Roses Foundation takes a scholarly look at the metalwork created during the American Arts and Crafts era.

THESE HUMBLER METALS: ARTS AND CRAFTS METALWORK FROM THE COLLECTION OF THE TWO RED ROSES FOUNDATION 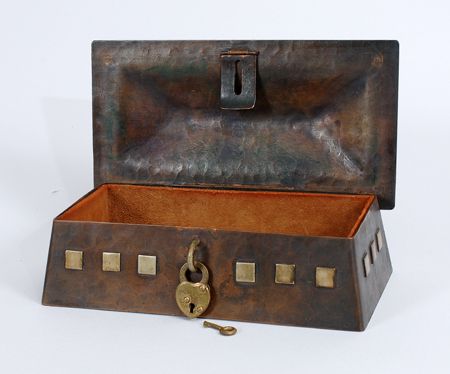 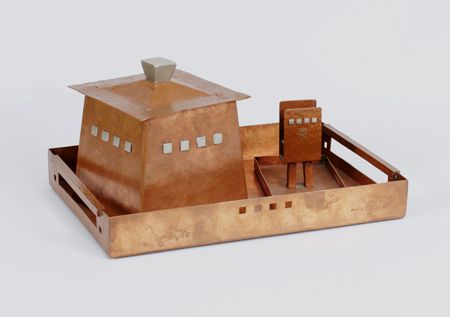 This book explores the metalwork of eleven designers and craftsmen from the Arts and Crafts era, including Gustav Stickley, Karl Kipp, Dirk van Erp, Jessie Preston, Copeland, Dixon, Jarvie, Onondaga, Marie Zimmerman, Stickley Brothers, and the Roycrofters. Hundreds of photographs showcase more than 200 objects, from vases, bowls, and candlesticks to andirons, trays, and bookends - all selected from the Two Red Roses Foundation's collection, while archival images of design sketches and magazine advertisements highlight the philosophy and working methods behind these artisans and their creations.